In her book The Tale of the Horse: A History of India on Horseback, Yashaswini Chandra follows the trail of the animal into and within India until the decline of ‘the age of the horse’ with the onset of colonial rule and mechanisation. It maps both the history of horses in India and their role in shaping Indian history. Informed by a range of sources and spanning a vast swathe of the subcontinent and greater Asia, this monograph presents an account of how horses influenced identities, migration, economies, warfare, literature, art and culture in these parts. In this talk, she focuses on the south Indian side of this history from the medieval period onwards. She discusses the growing importance of cavalry warfare in the region and the resulting increase in the sea trade in horses from the Middle East. She interrogates the testimonies of foreign travellers who denounced horse breeding in the south, highlighting the role of the horse in the rise and fall of the Bahamani sultanate and the Vijayanagara empire. She traces the changes in the horse cultures of the south as various successor states, the Mughals and the Marathas took over different parts. Local breeds of horses emerged over time and the continued significance of the horse was also reflected in livestock fairs and folk traditions.
The Speaker: Yashaswini Chandra has a PhD from SOAS University of London, and her research bridges history and art history. Her recent book, titled The Tale of the Horse: A History of India on Horseback (New Delhi: Pan Macmillan India [Picador India imprint, 2021]), is based on her interest in animal history. She is an affiliated fellow of the Centre for the Study of Developing Societies (CSDS), New Delhi. 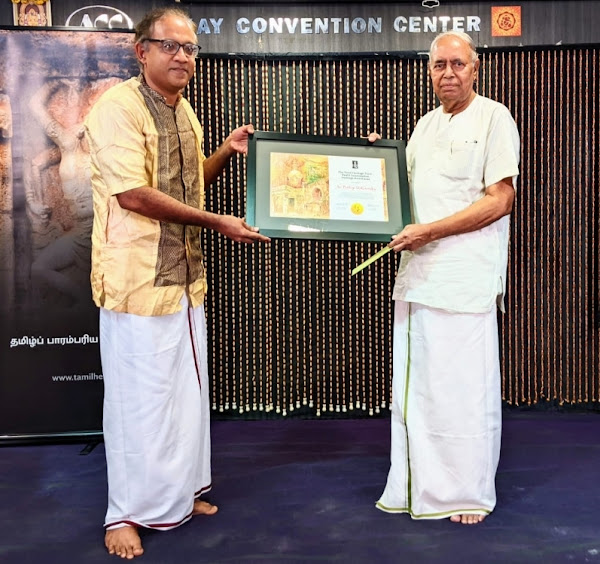 THT-Professor S Swaminathan Heritage Award Lecture 2022 on "Some Aspects of Pandya Society with a focus on Trade, Commerce and Women" by Shri Pradeep Chakravarthy. Tamil Heritage Trust is proud to announce that Shri Pradeep Chakravarthy is the winner of the THT-Prof S Swaminathan Award for 2022. The Award, instituted by THT in 2020, aims to honour the work of individuals under the age of fifty who have made significant contributions to deepening the general public’s knowledge of Indian heritage, widening the audience for heritage appreciation, and in the process strengthening our existing knowledge base of heritage assets and resources. The award is named after Prof S. Swaminathan, retired Professor from IIT-Delhi and co-founder of the Tamil Heritage Trust, whose books, monographs and talks on many facets of India’s heritage continue to be a source of inspiration for heritage enthusiasts. The winner was chosen from over twenty five nominations from across the country by a distinguished jury comprising scholars and public intellectuals. Tha Award will be presented on Tuesday, September 27, 2022 at 6 PM at Arkay Convention Centre, Royapettah High Road, Luz, Chennai. This will be followed by the Award Lecture by Shri. Pradeep Chakravarthy on the topic "Some aspects of Pandya society between 600 CE and 1300 CE with a specific focus on trade, commerce and women". About the Speaker: Pradeep Chakravarthy was born in Palayamkottai in 1975. He studied in The School KFI, Madras Christian College (Best Outgoing Student of the Dept award), JNU (Recipient of the Ford Foundation Scholarship) and London School of Economics. He has submitted his PhD with the Madras University on the social, cultural and economic life of the Pandyas as seen from their stone inscriptions. His purpose is to make insights from history on human thought and behaviour relevant for adults and children for their lives today. After an illustrious career in TVS, Cognizant, Infosys and McKinsey, he has been able to marry personal passion and profession by conducting workshops based on lessons from history. Pradeep has 8 books to his credit, the latest being Leadership Shastra and a co-translation of select essays of U Ve Saminatha Iyer. A book on South Indian history for children is in the press. Earlier books include Temples of Tamil Nadu, Thanjavur and Temple Vahanas. He has several articles in leading magazines and newspapers to his credit. He has curated exhibitions in the IIC, Delhi and is a regular speaker on pre-colonial Tamil history. He has partnered in creating almost 20 tours to different districts of Tamil Nadu to showcase the heritage and crafts of that region. He is also in the process of opening the first heritage hotel of Tirunelveli-Tuticorin district to showcase the rich culture of the region. He is formally associated with the Sarasvati Mahal library in Thanjavur and Dakshinachitra. 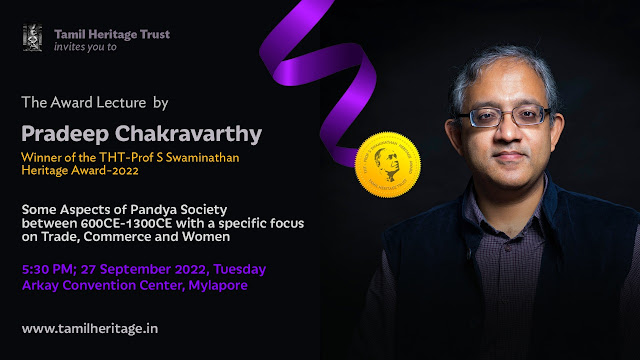 The Importance of Prakrit in Literature and Religion by Dr Abhijeet Alagoudar, Sep 3, 2022

Prakrits were a group of Indo-Aryan languages that were in vogue between 500 BC and 500 AD. The Buddha and Bhagwan Mahaveera preached in Prakrit. It is important to know Prakrit to understand the history of Indian languages. It is also the base to learn ancient Indian Philosophies. Scholars opine that understanding of Sanskrit language is not complete unless you learn Prakrits. In his talk, Dr Abhijeet Alagoudar will introduce the concept of Prakrits, discuss some of the variants and dialects, explore the use of Prakrit in drama and poetry as well as religious texts, and touch upon the evolution of some of today's languages from the Prakrit source. About the Speaker Dr Abhijeet Alagoudar is a member of the faculty in the Department of Studies in Jainology and Prakrits, University of Mysore. He holds a BA in Sanskrit, MA in Prakrit and was awarded his PhD by the University of Mysore. He has authored four books on various aspects of Jainism and has edited and translated two more including a Dictionary for Jaina Technical Terms. He is also manuscript reader for the Indira Gandhi National Centre for Arts, New Delhi. He has been invited to teach Jaina Philosophy by various institutions and has participated and presented papers in several international seminars.
Newer Posts Older Posts Home
Subscribe to: Posts (Atom)